Istanbul’s Hippodrome served as an ancient racetrack where historical chariot races and athletic competitions were held, and was centrally decorated with the Egyptian Obelisk and other famous columns… 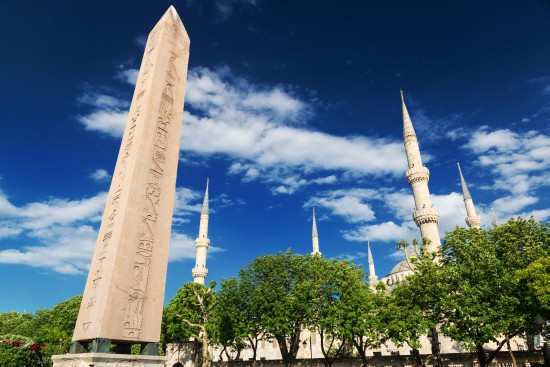 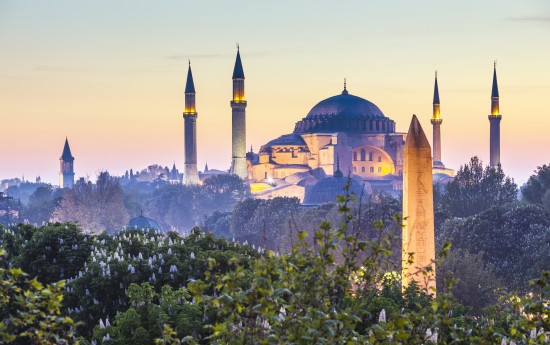 The Roman Hippodrome in Istanbul, Turkey, served as an ancient racetrack where historical chariot races, major social events and athletic competitions were held. It was decorated with the Egyptian Obelisk and other famous columns along its spina, a raised central platform used to divide the race track.

Its construction began in 203 by the Emperor Septimus Severus and it was subsequently enlarged by Constantine the Great. According to one estimation, it had a capacity for an audience of 100,000 people. It was approximately 429 meters long and 119 meters wide in an oval formation.

After the Nika riots in 532, the chariot races lost their importance and in 1204, during the fourth crusade, it was greatly damaged and gradually fell into ruins.

After the conquest of Constantinople by the Ottoman Turks in 1453, the area served a venue for the Sultan’s ceremonies, as a quarry and as a place for horse trading. For that reason, today the area is named At Meydani (horse square) or Sultanahmet Square.

Some archeological remains found underground of the Hippodrome can be visited at the nearby Museum of Turkish and Islamic Arts.

A reconstruction of the Hippodrome via computer modelling was made in 2010 as here – so you can imagine how great it was!

What To See At The Hippodrome?

The Hippodrome itself is a large green open-air park and there are 3 important monuments in its central area to see:

1. The Egyptian Obelisk –
Built in the 16th century BC by the Pharaoh Tutmosis in Egypt. It was brought to Istanbul by boat in the 4th century AD.

2. The Serpentine’s Column –
Originally erected in the Temple of Delphi in Greece, but taken to Istanbul. Until the 17th century there were three bronze snake heads projecting from the column, but they have since been lost. One can be seen in the archaeological museum.

3. The Column of Constantine –
Although it is believed that this dates from the 10th century, evidence shows that it was built earlier than that. Until 1204, it was covered by bronze and silver. When the Crusaders came to the area, they pulled off the bronze and silver, melted them down and made coins out of them.

How To Get To The Hippodrome?

Opening Days & Times: Every day all year around.

Recommended: The Ultimate Tour – Old City & Bosphorus in 1 Day – See as much as possible!