Istanbul’s Blue Mosque is so named because of the beautiful blue Iznik tiles decorating the interior. Officially called the ‘Sultanahmet Mosque’ by local people, it was built by Sultan Ahmet in 1609 and completed 7 years later… 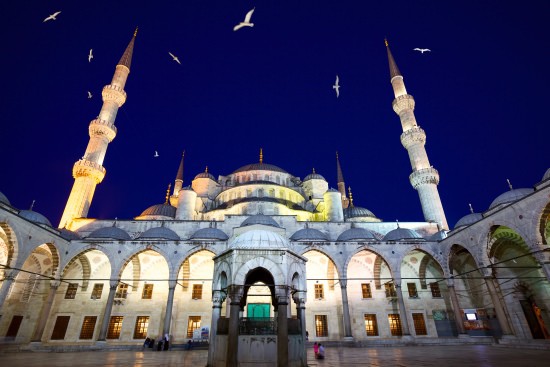 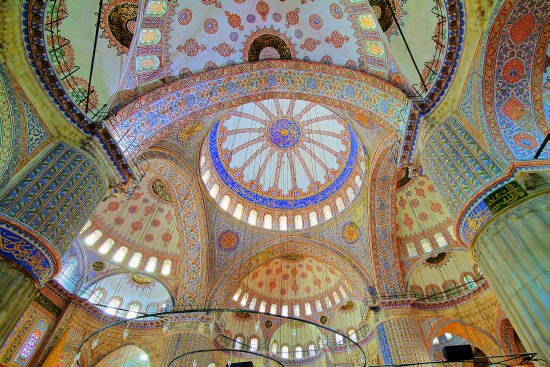 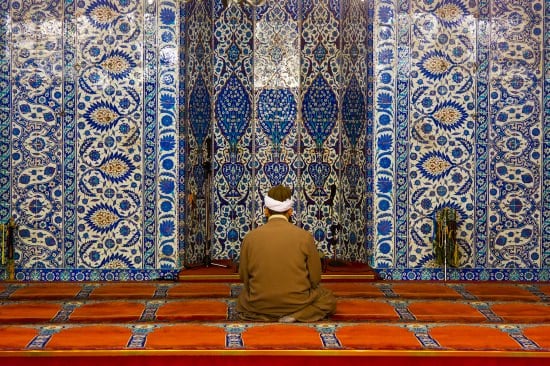 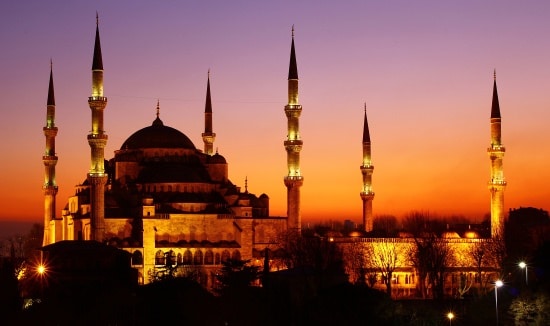 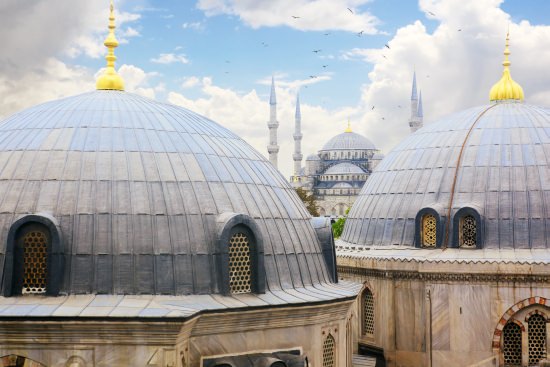 The architect who oversaw its design was Sedefkar Mehmet Aga, better known as a student of Sinan (the greatest architect ever seen in the Ottoman Empire). Not only was it built to serve as a mosque, but its huge surrounding complex also held a medrese (theological school), turbe (tomb), hospital, caravanserai, primary school, public kitchen and market, although the hospital and caravanserai were destroyed in the nineteenth century.

After the public kitchens were destroyed in a fire in 1970, they were restored and incorporated into the School of Industrial Art. It presently serves as the Dean’s Office for the Marmara University.