This massive church in the old city quarter of Istanbul is one of the greatest architectural feats of its day – famed as the largest church in the world for 1000 years, it dates from the 6th century… 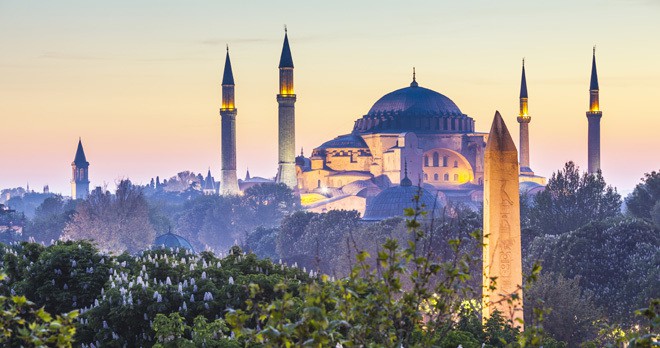 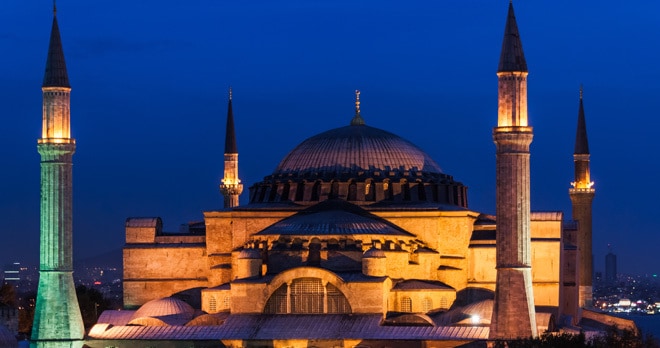 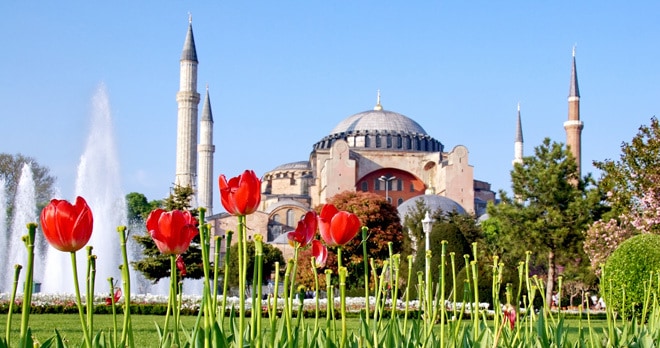 This massive 6th century building in the old city quarter is the third church to be built at the same location. The first church was built in 360 AD but burnt down in 404, during the reign of Constantine. The second was erected between the years 404-415, but shared the same fatal destiny as the first one, burning down during the Nika revolt in 532, during the reign of Justinian.

After these riots, a new structure (the current one standing) was ordered from two famous architects – Isidorus and Anthemeios. It was completed and opened to the public on December 26th in 537, on the St. Stephen’s day.

However, the dome collapsed twenty years later and it had to be rebuilt by the nephew of the first architect. He opened up the dome by giving it 40 windows along its parameter. Although there were partial collapses of the dome in 989 and 1346, the shape of the dome today remains as it was then.

It served as a church until the city was conquered by the Ottoman Turks under the leadership of Mehmet II. Once he took power, he gave the order to convert the church into a mosque. After this conversion, Islamic additions were made inside and outside. The minarets, a mihrab, mimber, muezzin’s lodge, sultan’s lodge and library are all from this period.

In 1935, twelve years after Turkish Republic had been established, by the order of Kemal Ataturk it became a museum and remains so today. Hagia Sophia, the Church of Divine Wisdom, stands as one of the landmarks of the city.