Soon after the city was conquered by the Ottoman Turks in 1453, Sultan Mehmet II – the Conqueror, began to build Topkapi Palace including the Harem. It was to be the main residence of the Ottoman Sultans till the 19th century, and today exhibits an outstanding treasury and Islamic relics collection… 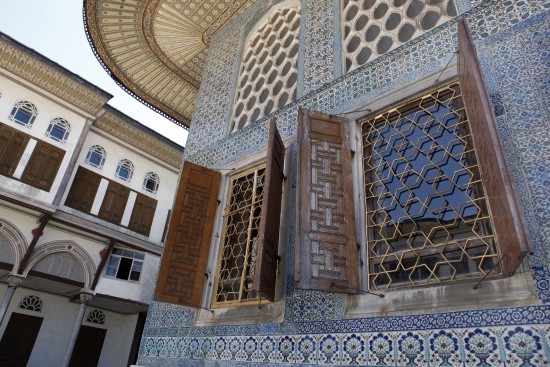 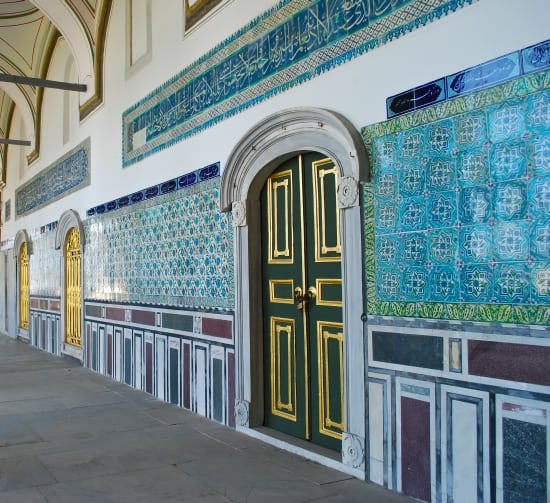 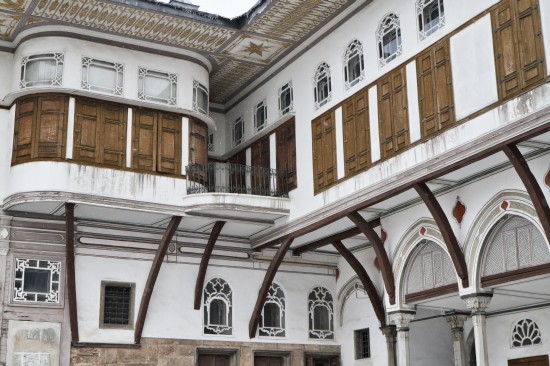 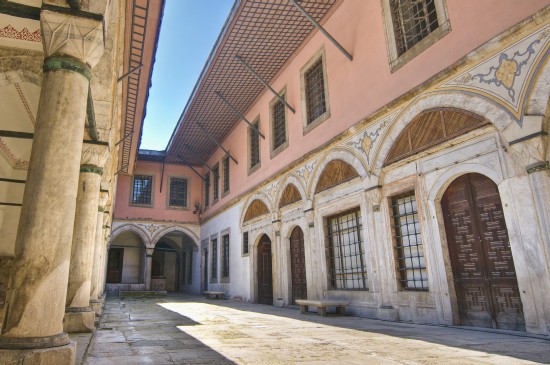 When the city was conquered by the Ottoman Turks in 1453, Mehmet II, the Conqueror, did not take to the Byzantine Palaces, so he built his own palace where the main buildings of Istanbul University currently stand. This palace is now known as the old palace (eski saray) as it was soon in disuse.

Sultan Mehmet began to build Topkapi Palace in 1459 including the Harem and the fourth courtyard. The rest of the palace was built 6 years later. He adjusted the Byzantine city walls around the walls of the palace. In fact, the palace takes its name from the main sea gate in these defensive walls (‘Topkapi’ = Canon Gate). The palace is mainly divided into four courtyards:

The first courtyard is known as the courtyard of the Janissaries, who acted as one of the branches of the Ottoman army. They were formed from boys who had been taken from their families at the ages of 9-16, during the Ottoman conquests in Europe. In this courtyard there are three important buildings: Aya Eirine (the Church of Divine Peace), the mint / outer treasury of the Ottoman Empire and the Istanbul Archaeological Museum.

The second courtyard served as the official section of the palace, holding the imperial kitchens, bakery, storage rooms and the divan (chamber of the Viziers).

The third courtyard opens with the Arz Odasi (audience hall for visitors to the Sultan). There are also rooms of the Enderun (palace school), and various sections displaying the ceremonial dresses of the Ottoman Sultans, holy relics, the portraits of the sultans, a library and the Treasury.

The fourth court is more of a garden than a courtyard, built on varying levels decorated by kiosks or pavilions. The Baghdad and Revan Pavilions, Mecidiye Kosk and a mosque can all be found here.